Completing a A$1 million gold sale just 12 months on from its ASX debut is one of the many ways South Australian-focused emerging developer Barton Gold is demonstrating that it's not your average gold explorer. During 2018-2020, the company quietly built a strategic platform in the central Gawler Craton, with tenements and joint venture gold rights spanning some 4,660sq.km and capturing the significant majority of historical exploration and production ground.

The result is a dominant strategic position and a 1.1 million ounce resource base within a ~60,000sq.km proven gold district now rapidly gaining attention from junior and major miners alike.

Underscoring the strength of Barton's position is the fact that it owns the only mill in the region, with plans to build a second in due course.

Barton is firmly committed to leading the development of a new gold industry in the state, and in July 2022 opened a new headquarters to Adelaide to host a growing team of high-calibre industry veterans, including former Normandy Mining executive Ken Williams as chairman and Marc Twining as exploration manager.

"We have a massive strategic platform, we're using a lot of new technology, we're growing quickly, we have an institutional quality team, and we are extremely well-capitalised with actual income opportunities to defend our shareholders from dilution."

The company is generating cash from surplus asset sales to maintain its robust balance sheet while it continues an aggressive exploration programme, aiming for a resource update by year-end and further scale in the proven gold district.

Scanlon, a financial economist and structured financier by background, saw the writing on the wall for an inflationary environment six years ago on the basis of several macro-influential factors including record corporate and consumer debt, runaway central bank monetary issuances, a resurgence of political factionalism and nationalism, and increasing global geopolitical instability. 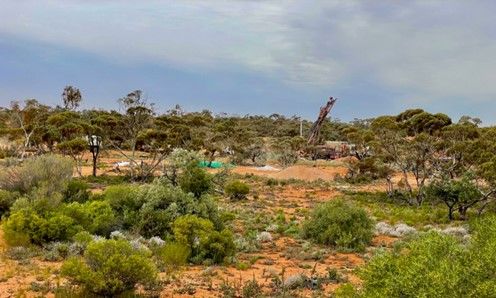 Together, his assessment was for a medium- to long-term period of significantly increased risk to markets, trade and national security, and decided it was time to establish a major exposure to gold.

He saw Australia as a choice investment jurisdiction for large-scale gold in terms of both prospectivity of mineralisation, but most critically sovereign risk.

The initial hunt for scale gold project opportunities commenced in the traditional hunting grounds of Western Australia until Scanlon noticed a significant difference in the level of awareness, and therefore valuation, of South Australian assets.

This presented an opportunity to establish Barton Gold as a dominant "first mover" across a widely recognised and celebrated, but surprisingly uncompetitive, geological region, with Scanlon's own family office (the Gocta Group) anchoring the investment.

"The state hosts roughly 25% of Australia's total known gold mineral resources but speaks only for about 2.5% of Australia's annual gold production, and that 2.5% is actually almost entirely by-product gold credits from three major mines in an IOCG (iron oxide copper gold) corridor to the east of our ground."

The company snapped up the Challenger underground mine which produced 1.2 million ounces of gold between 2002-2018, the former Perseverance openpit mine at Tarcoola and the Tunkillia Gold Project, where in late 2020 Barton declared a 965,000oz mineral resource grading 1.15g/t gold at the project's 223 Deposit.

Barton also acquired the Central Gawler Mill adjacent to the Challenger mine.

"In the Central Gawler Mill, we control the only processing infrastructure in the region, and that is a very valuable position to hold," Scanlon said.

The company has been developing new geological models and a drilling programme launched immediately after its $15 million IPO on the Australian Securities Exchange (Ticker: BGD) in June 2021 confirmed three new gold zones - namely Perseverance West (the extension of the openpit at Tarcoola), plus 223 North and Area 191 at Tunkillia - for almost 1.5km of new gold mineralisation in its first outing as a publicly-listed company.

Extension drilling at Tarcoola has returned some eye-popping results including 5m at 20.6g/t gold, 6m at 43.6g/t and 5m at 48.9g/t, while a higher-grade central zone at Tunkillia's 223 deposit has also been confirmed with Hole TKB0025 returning a combined 44m averaging 3.4 g/t gold. 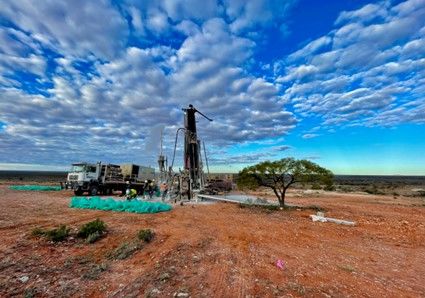 Scanlon is keenly awaiting assay results from the company's latest drilling at Tunkillia in a discovery prospect known as Area 51, about 3km northwest of the 223 deposit.

Around 3,160m of drilling was completed in June to investigate the same geophysical signature that correctly predicted the recent discoveries at 223 North and Area 191.

"Area 51 was actually one of the more exciting targets that we didn't have time to get to last year," he said.

"We see that as potentially analogous, based on geophysics, to the central portion of the 223 deposit, where we did prove last year that there is a higher-grade zone.

"We're waiting with bated breath… the potential for real scale mineralisation is very significant across the Tunkillia Project."

At the corporate level Barton Gold has set itself apart by offsetting exploration costs and mitigating potential future dilution with surplus asset sales.

In June alone, the company announced $2.3 million worth of cash generative transactions, from receiving almost $600,000 in exploration grants from the state government, to $737,500 from the partial sale of surplus camp equipment - and the $1 million gold sale from a clean-up of the Central Gawler Mill.

After early work by the team confirmed the presence of valuable mineralisation, Scanlon got to work with a view to extract value for shareholders.

"I spent about four days myself actually climbing in the equipment, cleaning all of this out," Scanlon said.

The $1 million received to-date represents a part-payment for the sale of the materials, with the balance to be received following final processing and recoveries.

The effort reflects the entrepreneurial investment spirit with which Scanlon has traditionally approached investment.

"I'm constantly hunting for pockets of value that are unrecognised," Scanlon said.

"There are any number of reasons why assets are incorrectly overlooked, and when I look at these assets I see multiple opportunities to extract value in parallel with our primary exploration focus."

There was further potential to be considered in remaining materials stockpiles, he added.

In addition to top-up gold payments, Barton Gold has identified more surplus equipment and other camp assets to sell, adding to its already enviable financial position which included $10.8 million cash as at March 31, 2022. The benefits of the strategy are clear in a market which has recently been difficult for gold explorers.

"We are fortunate that while we are carefully, but aggressively, de-stocking capital through exploration work, we are also able to re-stock capital from internal sources. We are replacing our capital as quickly as we're spending it right now," Scanlon said. 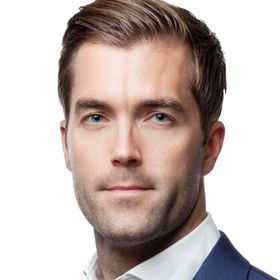 "We see a market where many junior companies will need to slow the pace of exploration work or undertake highly dilutive capital raisings at deeply discounted prices.

"By contract, Barton can keep going for a long time to get through the slump in gold equities and we will be the team that is in motion, that has made real progress, that has momentum and can step ahead of the pack when the market does turn."

Industry leader Ken Williams recently took over as chairman from Mark Connelly, who retired from the position on June 30.

Williams was previously CFO for Normandy Mining which was, for much of the late 20th century, Australia's largest gold miner. When the Australian gold major was taken over by Newmont, he became group finance executive.

Also on the board is Graham Arvidson, the general manager of operations and maintenance at Primero Group, which specialises in project development, operational turnarounds and optimisation of mineral processing operations.

The exploration team is led by ex-Normandy and Newmont exploration geologist Marc Twining, who was also previously senior principal geoscientist for the Geological Survey of SA.

For his part, Scanlon has a diverse track record in the resources sector in both principal investments and corporate advisory.

Before founding PARQ Capital, in 2010 he was part of the team that established the York Potash Project before selling it to Sirius Minerals Limited during 2011, and was subsequently responsible for real estate and natural resources advisory and principal investments at Lusona Capital.

Though (as he carefully points out) not a geologist or mining engineer, Scanlon's educational background does cut an unusual profile amongst the junior mining sector with dual undergraduate honours degrees (Finance and Economics) from Santa Clara University and a pair of Master's degrees from Oxford and Cambridge Universities.

For Scanlon, it all comes down to high quality people, culture and discipline.

"We are run like a billion-dollar company that's just working to get to that market cap."

The company is also attracting strong support from key stakeholders, including an $80,000 grant from the SA government to help establish its corporate headquarters in Adelaide in July and a total of $895,000 in exploration grants received during the past 12 months through the state's Accelerated Discovery Initiative. 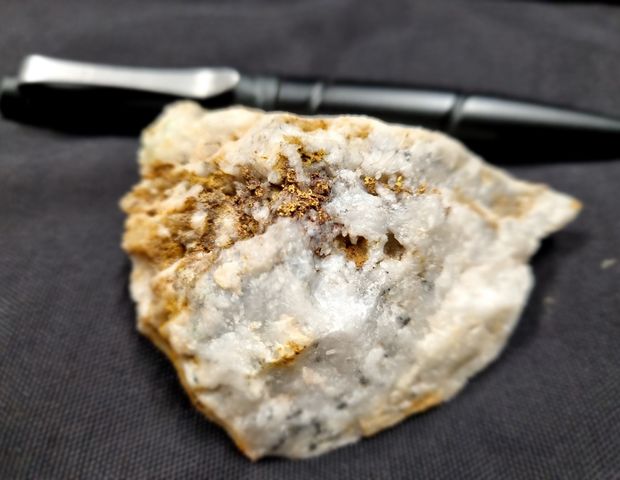 Barton Gold is aiming to demonstrate scale in the Gawler Craton

Other key support comes from the local community, with Barton an active member and a vocal proponent for broader regional and state-wide development.

"Our commitment to South Australia goes beyond the boundaries of our deposits," Scanlon said.

"Our vision is to lead the development of a new major gold district, and in doing so, to revitalise an entire region that has been in steady decline since the 1990s.

"This means working with the local community to ensure maximum local support and participation in our activities, investment and development concepts that specifically factor in opportunities for local businesses and communities, and an active effort to cross-promote the region through a wide variety of means.

"Earlier this year, in January, we partnered with INEOS Automotive to trial the new Grenadier 4WD utility vehicle in Australian Outback and mine site conditions, and we also hosted filming of an episode of the television show The Weekend Prospector.

"With two film crews on site, we not only managed to capture some amazing live footage of the South Australian floods, but we also promoted a number of regional multi-generational family businesses with whom we maintain close relations."

The results of this engagement are evident, with Barton enjoying broad-based support for its regional activities including from its Traditional Owner partners, with whom it struck a long list of native title agreements throughout 2019 and 2020.

The valuation differential between SA and WA gold is readily apparent, a fact that Scanlon see as both a challenge and an opportunity for Barton Gold.

This is borne out by comparison of Barton with the very specific subset of its peers on the ASX - specifically, other ASX-listed gold explorers with Australian domiciled large-scale, continuous open-pittable projects at an average grade of sub-1.3g/t gold.

"Across the ASX, there are six other players that meet these specific criteria. They are all in Western Australia and, at a minimum, they are valued at twice our valuation on an enterprise value per resource ounce basis," Scanlon said.

"On average, these entities trade at around three times our valuation on a per resource ounce basis … so we're well-positioned to perform and theoretically to out-perform if we can close that gap with our peers." 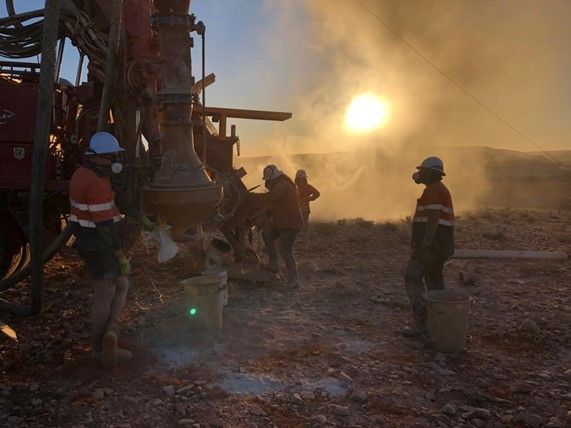 Scanlon then also notes that among this peer group, Barton is the only one to own a mill: "which in today's inflationary capex environment would cost any one of our peers $200 million to $1 billion dollars to get into operations, whereas we can just recommission an existing plant that was operating three years ago," he said.

"Either way, we are both a deep value and growth opportunity and we have the momentum on the exploration side to back that up."