Industry must go back to pioneering roots, says Albanese

Fear of China, rising barriers to free trade and faith in the power of technology to counter anthropogenic climate change, were some of the key themes addressed in a closing session of the Mining Journal Select 2019 conference in London, as Rod Whyte and Tom Albanese pondered the future of the industry. 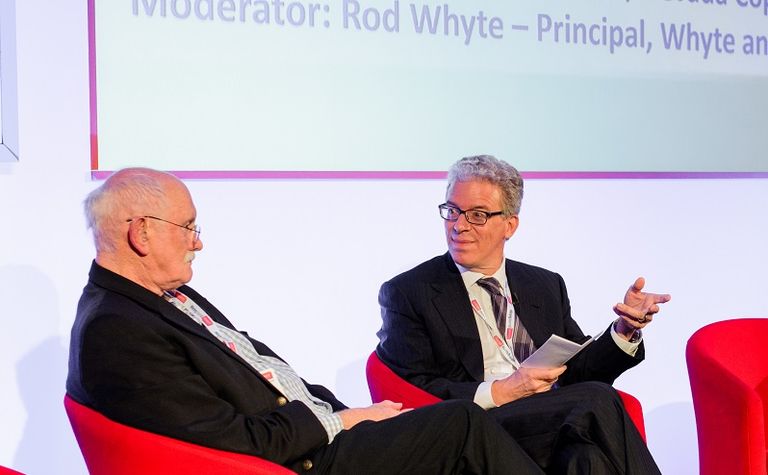 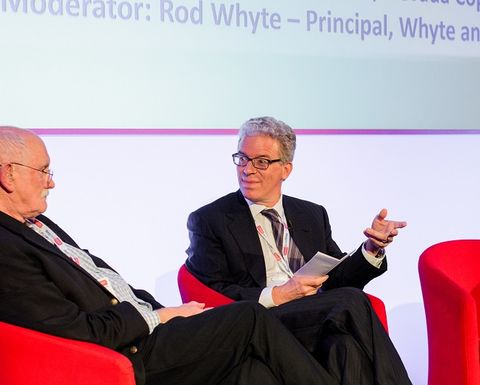 "Instead of being fast followers of innovation we need to be at the front of innovation, into Big Data, more remote mining activity, and less terrestrial mining."

Albanese recently relocated to the US to focus on copper mining in Nevada, after a world-spanning career that involved travel to Mongolia and India, among other destinations. "The US is becoming more friendly for development, so it made a lot of sense," he said.

Following on from comments made at MJ Select the previous day by EB Tucker of Casey Research concerning resource nationalism and geopolitical divisions, Albanese suggested risk pricing for overseas projects was likely to increase, limiting the amount of capital that could reach resource-rich regions such as Africa and South America.

"It's going to be difficult. In this world of zones of influence, it may be harder to exit if things go wrong," he said. "The bad news is that resource nationalism is tending towards the worst-case scenario. The good news is that gold as a currency becomes more valuable, and we'll likely see more central banks buying up gold.

"Whether it's Nevada in the US or Spain, jurisdictions in zones that value the movement of capital are going to be more valuable."

Session host Rod Whyte, former chairman of Moneta Porcupine Mines, repeatedly expressed concern about Chinese investment in Africa and Eurasia, through its Belt and Road initiative. "Who's investing in Africa today? It's the Chinese. How many deals, how many railways have they built?" he said. "They're securing their copper supply. Ninety-nine per cent of electric buses are Chinese, and they have 80% of the world's rare earths."

However, Albanese suggested copper could be substituted for rare earths, lithium refining facilities could be replicated, and deep sea deposits might provide an alternative supply of strategic minerals.

"At some point policymakers will realise it isn't good for the battery supply chain to be organised by China," he said. "We need to invest in battery plants. We need diversified supply - you can't have all your eggs in one basket."

Given the concerns raised about geopolitical risks, Albanese suggested technology might help to provide some of the answer. Albanese revealed he was involved in a deep sea mining project. Although reluctant to give exact details, the project is located within the jurisdiction of "a Commonwealth island", near the East Indies.  The description would fit the Solomon Islands, a Commonwealth nation to the east of Papua New Guinea.

"Where can technology take us? You can move into more hostile environments," he said. "Think about deep sea mining - I'm involved in a private group looking at cobalt under the sea."

Interest in deep marine mining has increased in the past 20 years, and there are projects near Papua New Guinea and New Zealand, as well as mature operations in places such as Namibia, where De Beers has been mining diamonds from coastal waters.

Yet concerns about environmental, social and governance (ESG) have risen in recent years. Albanese suggested this would drive the industry to find new, less environmentally-intrusive ways of doing business. At the same time, the need to supply the rising industries, such as renewables, would provide markets for mining companies.

"Replacing hydrocarbons will be huge in our industry," he said. "Thermal coal is a big loser. Coking coal may be a big winner. Renewables are more steel intensive than conventional energy sources. That requires coking coal. Battery metals are going to be big winners.

"I was reflecting on coming here. I parked in a six-level car park. There is one row of E vehicle places on six floors. Ten years from now you might have two floors with E vehicle placing, and they'll be in the process of installing wires in the third floor. Multiply that by the world, that's going to be a big change. It'll be like that famous photo of New York with all the horses and then New York with the one horse."

Albanese was referring to a widely shared comparison of two photographs of New York's fifth avenue, the first taken in 1900, which shows a street full of horses and carriages with a single solitary motor car. The second shows the same location in 1913, dominated by motor cars with the single horse. The first photograph is in the US National Archives and the second belongs to the George Grantham Bain collection.

Another problem addressed in the closing was the dearth of expertise - a topic that was touched on earlier by Bert Koth of Denham Capital. Albanese pointed out the average age of a mining engineer in Australia was early 50s.

But he was optimistic rising demand would eventually lead to a renewed focus on exploration and development in the future that would breathe new life into the industry.

"With the dearth of expertise, the rise of zones, the difficulty of reaching the resources, getting a permit, and the supply shock we are facing as two-to-three billion people who don't have our standard of living but aspire to it come up - all that may create higher prices," he said.

"We as an industry have been living off deposits whose origins were often discoveries made by oil companies in the 1970s. That can't go on forever - it's going to end. Someone will have to go off and find new resources."

There is work to do in building an investment-worth reputation, but the intent is there