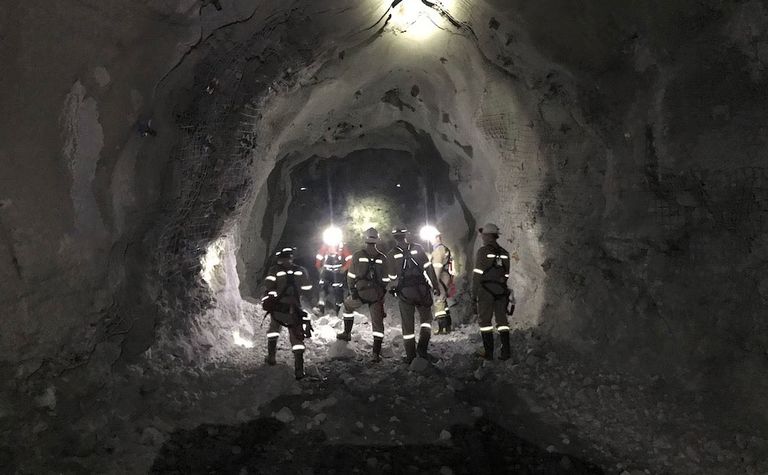 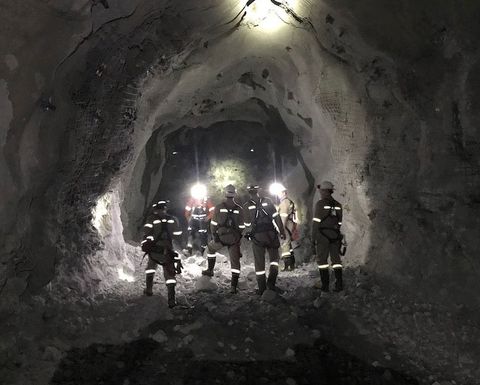 Underground at Nevada Copper’s Pumpkin Hollow mine in Nevada

The company said Scotiabank, on behalf of a syndicate of underwriters, had agreed to buy 643.7 million units priced at 15c and had been granted an over-allotment option.

It said it would use the net proceeds to fund the company's operations, including restarting and ramping up production from its Pumpkin Hollow underground mine in Nevada, repaying a US$30 million convertible loan from its largest shareholder Pala Investments, repaying other outstanding indebtedness including a further $9.6 million to Pala, and for general corporate purposes.

It said the convertible loan was part of a financial package agreed in March, and Pala had syndicated a portion to an affiliate of Castlelake, Nevada Copper's second biggest shareholder.

Nevada Copper said in connection with the prepayment, Pala and Castlelake had agreed to waive the applicable prepayment premiums and had agreed to subscribe for about 303 million units for aggregate gross proceeds of approximately $45.4 million pursuant to the offering.

They had also committed to subscribe for up to an additional 163 million units pursuant to the offering for a further $24.5 million of gross proceeds in the aggregate, the company said.

"Nevada Copper intends to apply to the TSX … for a ‘financial hardship' exemption from the requirements to obtain shareholder approval of the offering, on the basis that absent the offering the company is in serious financial difficulty due to the lack of available cash and funding resources," it said.

It expected as a result of the above application, the TSX would extend its remedial delisting review.

Nevada Copper had been aiming for a restart this quarter at its new copper mine in Nevada, where the ramp-up earlier this year was stymied by the impact of COVID-19.

It reiterated it was hoping to restart the mill in August. It had said earlier this month it was aiming to ramp up to full production capacity in the fourth quarter.