The Toronto-quoted shares of Nemaska Lithium fell 25% to a new 12-month low on Tuesday after the company announced it was laying off 64 employees, or about half its staff, following financing delays for its Whabouchi project in Quebec. 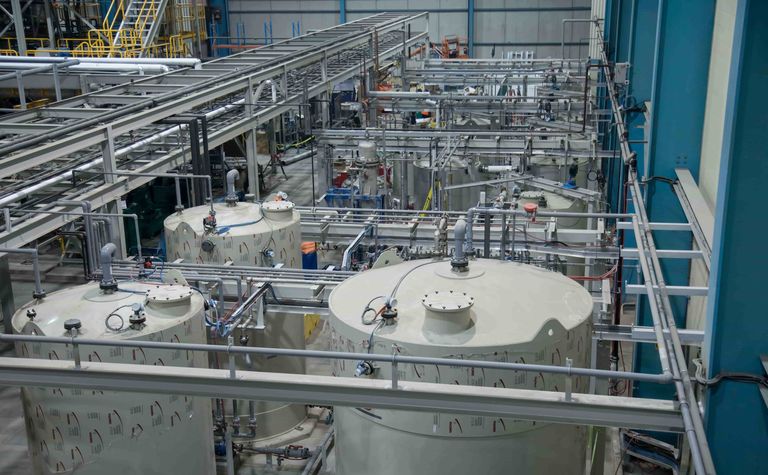 The Quebec City-based company said the "difficult decision" came after "a rigorous review of the current situation" and was aimed at both the optimisation of current cash flow and continuation of the project.

"Nemaska Lithium is still confident in its ability to successfully complete the project," the company said in a statement. "However, the corporation cannot currently specify the precise date for closing the required financing, as no definitive agreement has yet been concluded with The Pallinghurst Group, to which the finalisation of the project's implementation timeline is directly connected."

Nemaska recently announced it had extended the exclusivity period with Pallinghurst until the end of the year to complete negotiations for a financing package for construction of Whabouchi.

"In this context, the corporation is obliged to carry out a collective dismissal, as it expects that mine and plant production preparation activities will need to be slowed down pending the completion of financing," the company said.

It said depending on the location, the terminations would happen starting later this month until the end of the year.

"We have always asserted that we recruited the best talent to make this project a success," said CEO Guy Bourassa. "We are still deeply convinced of this, which makes this decision all the more difficult. As we cannot confirm the timeline for the resumption of construction, and although negotiations with Pallinghurst are progressing well, this is the responsible decision to be made."

Nemaska said the Shawinigan Phase 1 plant would continue its activities until its complete shutdown at the end of December, while employees working at the Whabouchi site would finish winterising the project before it goes on care and maintenance.

Nemaska shares (TSX:NMX) closed 23% lower Tuesday at C18c after setting a fresh 12-month low at 17c. The company has a current market capitalisation of $153 million.

Still seeking finance for lithium mine and plant in Quebec