Buyers of coal from parastatal Coal India complain about getting coal mixed with a good chunk of waste-rock. The buyer has to pay for the waste rock and the unnecessary transportation costs. He then has to beneficiate coal or run his project at lower capacity. Or the buyer finds that importing coal is more economical. 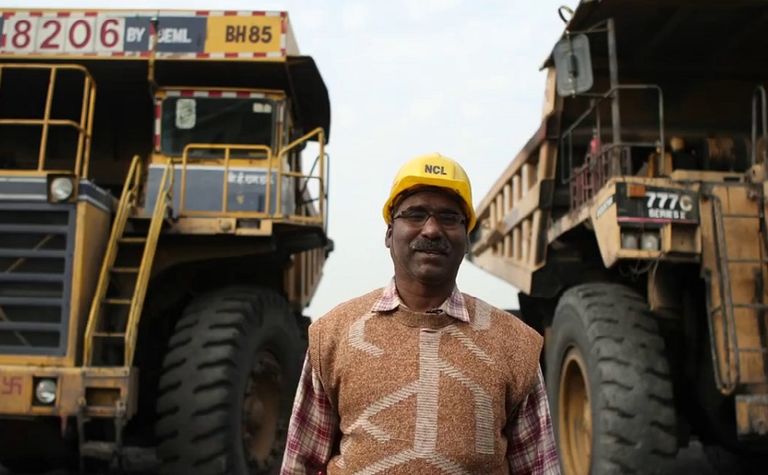 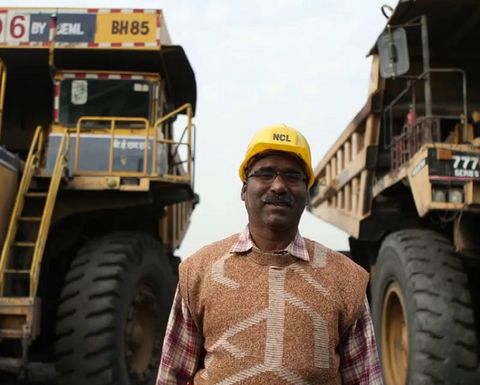 This is a picture of India's mining past that looks like it will continue to recur in future.

The country's coal resources are among the largest in the world. Despite this, Coal India fails to meet domestic demand, forcing Indian consumers to import coal from Australia, Indonesia, and Brazil.

The situation is similar with other commodities.

In the past decade when the world was growing at breakneck speed, Australia and Brazil made a fortune ramping up their iron ore production to meet the never-ending demand from China. At exactly the same time, India, which also has among the largest resources of iron ore, was cutting down its production under the weight of its regulatory and policy confusion. So much was the cut in production that India had to start importing iron ore.

India consumes more than 20% of the world's gold production. Virtually all of this is imported.

As with coal and iron-ore this should not have been the case.

India once had one of the best-known gold mines in the world: Kolar Gold Fields. Today, India has only the small Hatti Gold Mines, another parastatal company, but with grades that would make any investor salivate. Could this be a larger project? Perhaps.

India was once geologically connected with Australia. The latter is one of the key gold producers in the world today. Australia, a developed country, has grown continuously for the past 22 years, largely on the back of the mining boom catering to the need for commodities in China. Australia's GDP per capita in 2016 was US$49,927 whereas that of India was US$1,709. An average Australian is 29 times richer than an average Indian.

As a geological sibling, India could have seen the same mining boom that Australia enjoyed had it a sensible private property and mining policy regime.

India's policies make it virtually impossible to explore or to mine. Among those in the government, financial corruption is rife and ridden with mafia at the operating level, but the real corruption is the corruption of the mind and the resulting topsy-turvy operations of the institutions. The thinking process of those in the government is extremely warped and sadistic, based on lose-lose paradigm, and has absolutely no connection with real life.

India employs 3.7 million in its IT industry, a mere 0.27% from its population of 1,350 million. Despite the rhetoric, Indians are not employed in creative endeavors in the IT industry. Alas, this non-creative aspect of the industry is now being over-taken by machines. Indian IT professionals are losing their jobs in the US and are returning back to India. This situation is becoming worse with the US tightening its visa regime for foreign workers. India's focus on high-technology institutes like IITs, software development, and high-technology manufacturing is misplaced.

To generate employment at the scale required, India must let the free-market operate. There isn't a chance for central planning to succeed in finding jobs for 12 million who join the workforce every year. What the government must do is to clean up its policy regime to allow primary industry - mechanised agriculture, agro-products processing, forestry, mining, and simple labour-intensive activities - to develop. This is only way for the utterly poor country of India to put itself on a sustainable growth path.

The expected benefits from mining for India are a no-brainer.

Mining depends on massive local value-addition, leaving most of the revenue in the host country. In fact, mining as a sector - going against economic logic - invests more than what they ever get out in profits from their operations. This happens as a result of people investing in mining as speculation, to hedge against commodity prices, and for leverage. The end result is that mining investment, if done in the policy environment with externalities accounted for, might be the best investment for a society.

Even a small mine employs thousands of people, in mining, geological work, security, safety, engineering, maintenance, etc. The training and education that such an industry imparts on the society has a huge future value. India desperately needs to skill its manpower.

As a financial analyst, I provide guidance to institutional investors and occasionally mining companies. In the early part of the last decade, in a bid to attract investments in the mining sector, India was revamping its mining laws. I was hired by a Canadian mining company to travel around India and to engross myself in understanding its mining regulations, to understand how we could invest in India.

I met some of the top people associated with mining in several cities and visited several mining projects run by government companies. While I was treated well and very-sweet tea often appeared in front of me, I have never got access to geological information. I never got hold of all the regulations at play, and information on how they were implemented.

Layers and layers of confusing regulations existed. You could explore projects but could not sell them for profit. You were not given the first-right to take your project forward either. Your reconnaissance permit could not be transferred to an exploration permit, and the exploration permit could not be transferred to a mining permit. Everything depended on the pleasure of the bureaucrats-in-charge.

The government had given itself the right to take over a project for reasons it did not think it needed to explain, with government sector companies retaining rights to acquire projects for "the greater good".

Getting a reconnaissance permit, the first step to look for minerals, was an impossible job. And the size of properties you could hold was heavily restricted, with size getting constantly reduced faster than the time-frame within which approvals were to come, making it impossible to even start working.

There was no policy for land acquisition, and having not yet solved land issues to do with tribal and rural areas, massive confusion on who owns what exists.

The mine-sites I visited were heavily guarded by government forces, BSF or CISF, who kept local people in utter terror. A mine manager told me with a laugh that his tailings getting dumped untreated in the river was causing disease and genetic defects among people living downstream. He thought it would impress me, a result of an extremely warped thinking that Indian bureaucrats suffer from.

For my client these issues were already a non-starter. We decided not to invest in India.

Since my project on India, several changes in the regulatory mechanism have been made, but all have been superficial. They look good on paper but do nothing in reality, leaving investors to trust in "efficiency, fairness, and honesty" of the bureaucrats. India fails to understand that no one would invest billions of dollars without a reasonably clear understanding of the rules, particularly in a country known for extreme corruption.

As I write, property of the locals and tribal people continue to be trampled on. Indian government sees this as an efficient way to develop infrastructure, manufacturing and mining. Alas, nothing takes off. The locals revolt, join leftist organisations, or fall in a trap of local goons to protect themselves from marauding government. In the end nothing works, but the government fails to connect the dots and understand why.

Elsewhere in the world, involvement of locals and proper, market-based compensation is a necessary part of any mining activity. That ironically isn't the case in the India, where the government and the Middle Class firmly believe that heavy-handedness is necessary for the larger good.

I have travelled around the world looking for mining projects, but there is one country that is nowhere in my map or of any serious mining company or serious investor I have known: India.

Their thinking process is extremely warped, sadistic, based on lose-lose paradigm, and has no connection with real life. India isn't changing easily, and it will burn the fingers of a lot of romantic foreign investors who convince themselves that reason would somehow prevail in India.

There is work to do in building an investment-worth reputation, but the intent is there