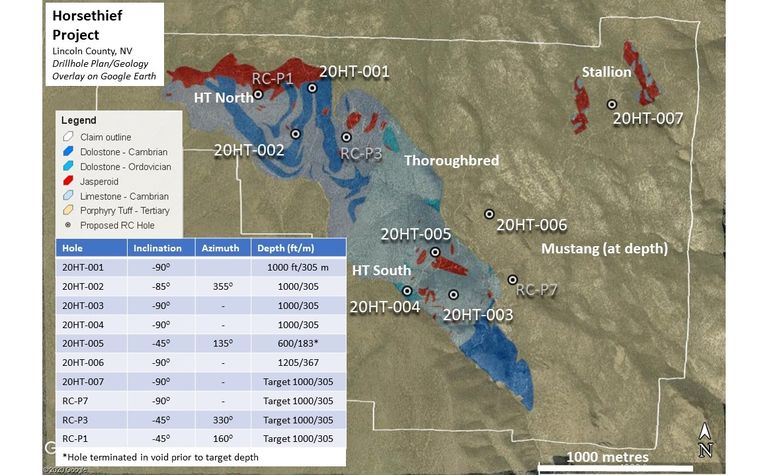 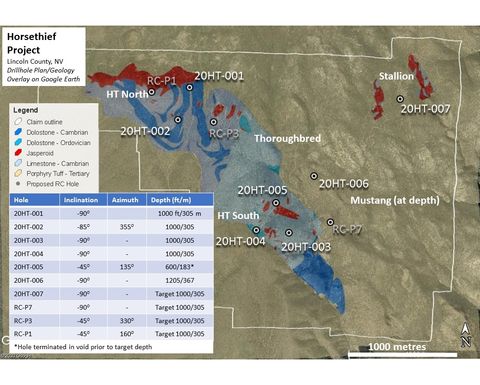 Hochschild's US subsidiary has the option to earn 60% of the project by funding exploration expenditures of US$5 million over 5.5 years.

It had options over Alianza's three Nevada gold projects under a deal struck in April 2019 but handed two back after conducting work programmes last year.

Alianza said on Friday drilling at the seventh hole at Horsethief was underway, with six holes completed before a mandated break earlier this month.

It said drilling followed a successful programme in 2019 which made "an important age determination" based on lithological characteristics and fossil identification.

It said the work had confidently assigned stratigraphic ages ranging from upper Cambrian to lower Ordovician, which corresponded to the ages of rocks hosting other major deposits such as the Long Canyon Gold Mine.

"Additionally, the 2019 work programme identified a new window of upper Cambrian to lower Ordovician-aged carbonate stratigraphy with significant jasperoid alteration in the north-east portion of the property," Alianza said.

"An additional 26 claims were staked to cover this occurrence as well as prospective stratigraphy identified in the southern portion of the property."

The junior said its working capital for 2020 and into 2021 was covered after raising C$1.1 million at 5c per unit in February.

Alianza's other projects include the Haldane silver project in Canada's Yukon, which it was also planning to drill this year.

Its Tim project in the Yukon, which it has said looked to be a Silvertip analogy, was optioned to near-neighbour Coeur Mining under an agreement struck in January.

It also acquired the Twin Canyons gold prospect in Colorado in June.

Alianza shares (TSXV: ANZ) have ranged over the past year from 3c to a peak of 11c earlier this month.