TMAC Resources’ (TSX: TMR) bumpy – generally downhill – start to 2018 is set to continue as the company grapples with production issues at its sole producing asset, Hope Bay in Nunavut, and after posting a steep loss for the December quarter. 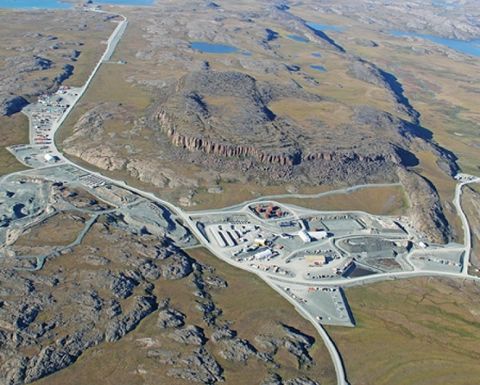 Its share price has dipped more than 8% this week and is down about 24% over the past month, given it a market value today of C$768 million.

After completing a C$53 million equity financing in November TMAC finished 2017 with about $42 million in the bank and "restricted cash" of $43.9 million available. The company earlier restructured its project debt and had total borrowings of US$160 million at the end of the year, with repayment due over five years.

New president and CEO Jason Neal said TMAC's "challenging fourth quarter, capping a difficult 2017" had produced weak financial results that would only improve if the operational performance could be turned around.

"Though the mine has been performing well, the processing plant has had material ramp up issues and a number of important initiatives are underway to drive improvements," he said.

"Performance is expected to improve as 2018 continues assuming our expectations are met from ongoing investment and attention on processing improvements."

"We are seeing consistent throughput after making changes in the crushing circuit screen sizes and since the installation of the spider-head . Metallurgical studies have identified that free fines gold is available to recover in the flotation tails and we will be installing a Falcon B concentrator to address this. We are also focused on enhancing leach recovery with the testing of a chemical leach enhancer.

"Importantly, the operations' team has been substantially strengthened with the hiring of a senior operation's metallurgist in the position of assistant general manager and … a director of metallurgy. Dan Gagnon, our general manager, and I joined in late 2017 and we have made important improvements to the performance and culture at site, and, with the new additions to the team, we expect to further accelerate our momentum towards establishing a best in class operation."

TMAC strengthens board with Thom Boehlert