Royal Bafokeng Platinum has declared its first dividend as it reported stellar results for 2020, the year which also marked 10 years since the miner listed on the JSE. 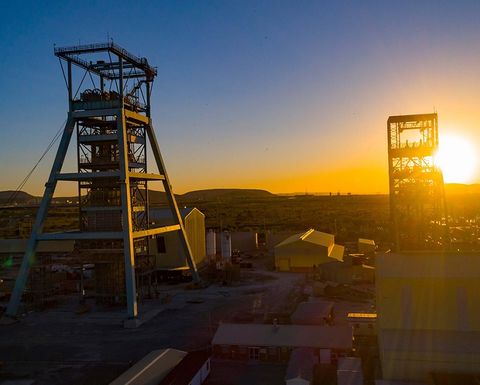 It declared a final gross cash dividend of 575c per share, equating to R1.5 billion.

It put the rise down to a strong operational performance, a 67% year-on-year increase in the average basket price and a weaker rand, factors which also saw fellow South Africa-based PGM producers report record results.

"Notwithstanding the negative impact of the COVID-19 pandemic on our operations and the business as a whole, our ‘More than Mining' philosophy helped us deliver a record performance with enhanced shareholder returns," CEO Steve Phiri said.

RBPlat reported record production of 4.1 million tonnes and a 4.5% increase in 4E metals in concentrate production to 419,000 ounces.

Its Styldrift operation is ramping up and produced 195,000oz, with the remainder from BRPM.

The company said it had seen a 34.5% improvement in total injury frequency rate but regrettably recorded one fatality during 2020, at Styldrift.

It expected higher production this year.

"Since we listed in 2010 the organic growth we have achieved through Styldrift and the value we added to the business through the opportunistic purchase of Maseve and the remaining 33% of the BRPM joint venture from Amplats, have positioned us well for the future," the company said.