Canada’s Hudbay Minerals has added about 1,214 hectares (3,000 acres) to its Mason Valley holdings west of Yerrington, in Nevada, USA. The company says it is bulking up on a regional high-grade copper development opportunity in a top-tier jurisdiction. 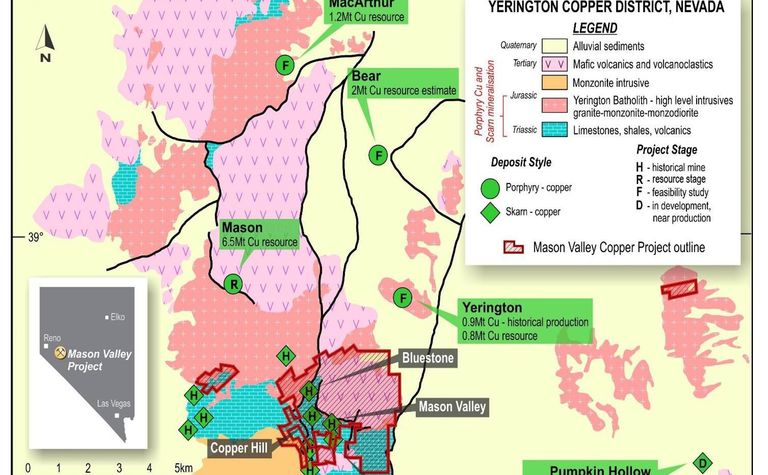 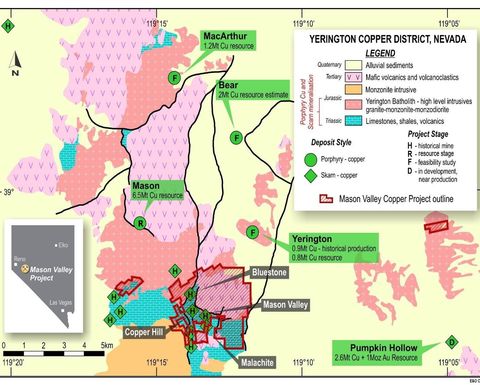 Hudbay Minerals has increased its landholdings in the Mason Valley near Yerrington in Nevada, USA

A private Denver, Colorado-based concern GRG International Corp reported this week it had completed the sale of 187 mining claims to Hudbay.

It described it as "a rare consolidated" land package that included 87 past-producing patented lode-mining claims in the Yerington Copper District next to Hudbay's Mason ground.

The HudBay agreement includes an upfront cash payment of US$3.5 million, plus additional obligations including two milestone payments based on Hudbay reporting resources. Hudbay has also agreed to buy down a 0.5% net smelter royalty (NSR) for $500,000 and has the option to further reduce the NSR by 1%, leaving GRG with a perpetual 1% royalty.

Hudbay first entered the Yerrington district in late 2018 with the acquisition of Mason Resources for C$31 million amid shareholder opposition to the move. Hudbay said at the time the Ann Mason project was "an ideal fit for Hudbay's development pipeline".

Production was estimated at 5.1Blb copper over a 21-year mine life, or 241Mlb per annum.

Also in the district is Nevada Copper's new Pumpkin Hollow mine.