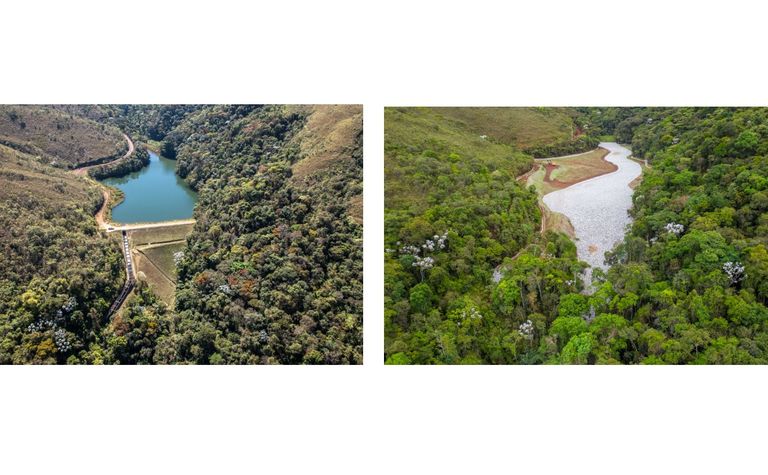 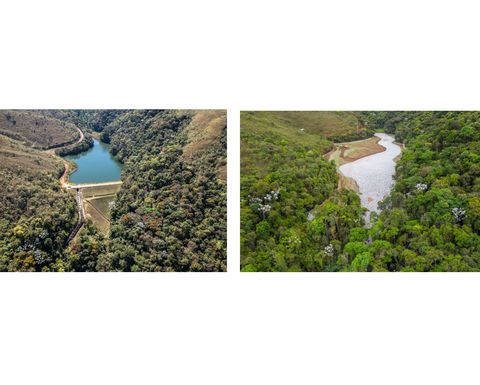 Vale’s 8B dam at the Águas Claras mine in Nova Lima, before and after being “de-characterised”

It said the populations downstream of the dams - 6 and 7A at the Aguas Claras mine at Nova Lima and the Area IX dam at the Fábrica mine in Ouro Preto - did not need to be evacuated.

"The decision to raise the level of emergency is a preventive measure until the technical analysis of the structures is completed," Vale said.

It did not expect any impact on its 2020 production plan, which has forecast 310-330 million tonnes of iron ore fines.

The announcement is the latest in a series of emergency level protocols being activated for Vale dams, with the miner's facilities under increased scrutiny since the Brumadinho tailings dam collapse in January 2019 which killed 270 people and caused widespread damage.

The miner has announced plans to significantly reduce its use of dams and is aiming for dry processing to account for 70% of iron ore production by 2022.

Vale is meanwhile facing pressure on other fronts, ordered earlier this month to close its Itabira complex which accounts for about 10% of production due to an outbreak of COVID-19.

The iron price has strengthened and Jefferies analyst Christopher LaFemina said this week the risk to the iron ore price remained to the upside, given the possibility of other mine closures due to the uncontrolled spread of the virus in Brazil.

Comes as US SEC sues Vale for 2019 tailings disaster