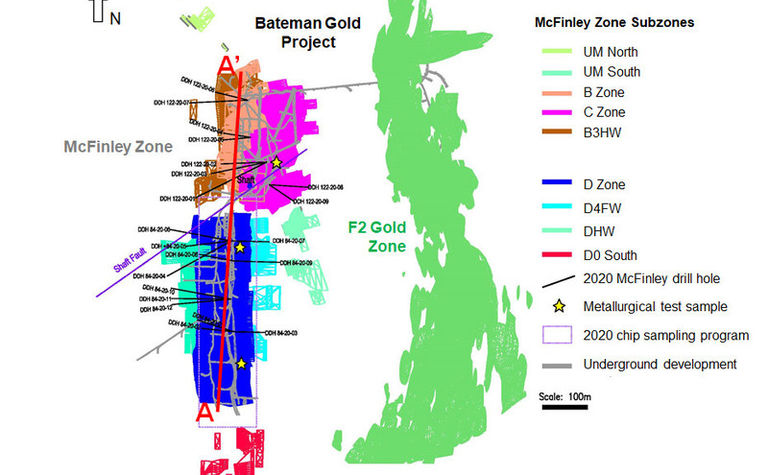 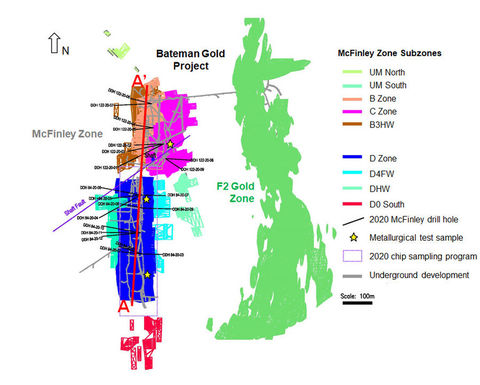 The resource statement is underpinned by 1,620m of recent confirmation diamond drilling, 57,945m of historical drilling, and historical and new chip sampling.

The company said the deposit benefitted from 3,900m of existing underground development connected to the Bateman project shaft and underground infrastructure. The resource only covers ground to a depth of 162m, below which mineralisation remains open.

Batte North characterised McFinley as part of a "string of pearls" of exploration targets near Bateman.

An October feasibility study on Bateman outlined strong returns from a C$109 million project with a $305 million net present value.

The study detailed average annual production of 73,837oz from an underground operation for an estimated 8.2 years at an all-in sustaining cost of US$865/oz. The C$305 million after-tax net present value at a 5% discount rate and a US$1,525/oz gold price is accompanied by a projected 50.3% internal rate of return.

Battle North unveiled a circa 1 million ounce updated resource for Bateman in July, renaming it (from Phoenix) as part of "a new era" for the company at the previously mined operation, which was shuttered soon after its first gold pour in 2015 due to various issues.