Fledgling US producer Nevada Copper has upsized a C$21.5 million bought-deal placement to $33 million, citing strong investor demand as its Pumpkin Hollow mine ramps up. 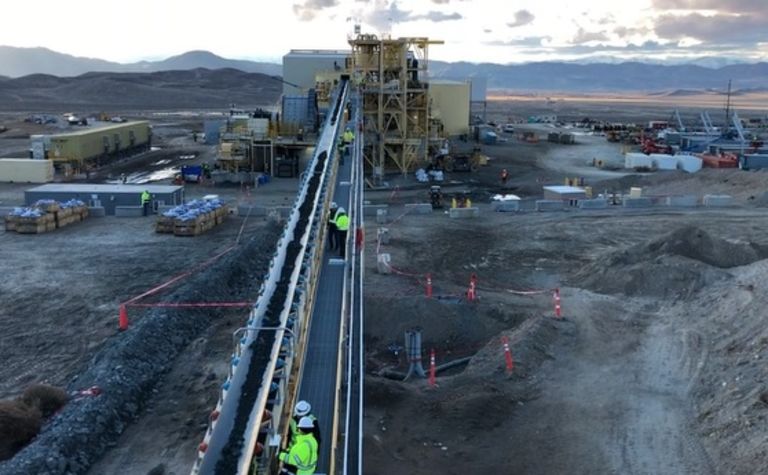 The ramp-up was hobbled by COVID-19 impacts last year and the need for a geotechnical review, with the company striking deals in March, July and December to address its subsequent financial difficulties.

Nevada Copper said yesterday it had entered an amending agreement with Scotiabank on behalf of a syndicate of underwriters to increase Monday's announced offering from 130.4 million units to 200 million units at 16.5c.

"We are pleased to see the good investor interest in Nevada Copper as we ramp-up operations in a very positive market for copper," CEO Mike Ciricillo said.

Ciricillo, a former Glencore executive, was the third CEO to take the reins at Nevada Copper last year.

He was appointed in October to replace Evan Spencer - whose ability to relocate to Nevada was restricted by COVID-19 impacts. Spencer had taken on the role in May when the company announced Matt Gili's departure.

In conjunction with the upsized offering, the company's largest shareholder Pala Investments had agreed to increase its concurrent private placement to $13.15 million to settle certain outstanding indebtedness.

Nevada Copper said the proceeds of the bought-deal offering would be used to repay about US$15.6 million to Pala and for general corporate purposes.

It had closed a previously announced amendment to its existing credit facility with KfW IPEX-Bank on December 30, which included a US$15 million increase in the loan amount and a deferral of $26 million of planned debt service until 2023.

Nevada Copper said last week it now expected to reach steady-state production of about 5,000tpd in mid-2021 from the underground operation.

Average concentrate recovery was 86% in December, "including a number of days" which exceeded the targeted 90%.

Its shares (TSX: NCU) had fallen from C36c a year ago to a low of 6c in November.